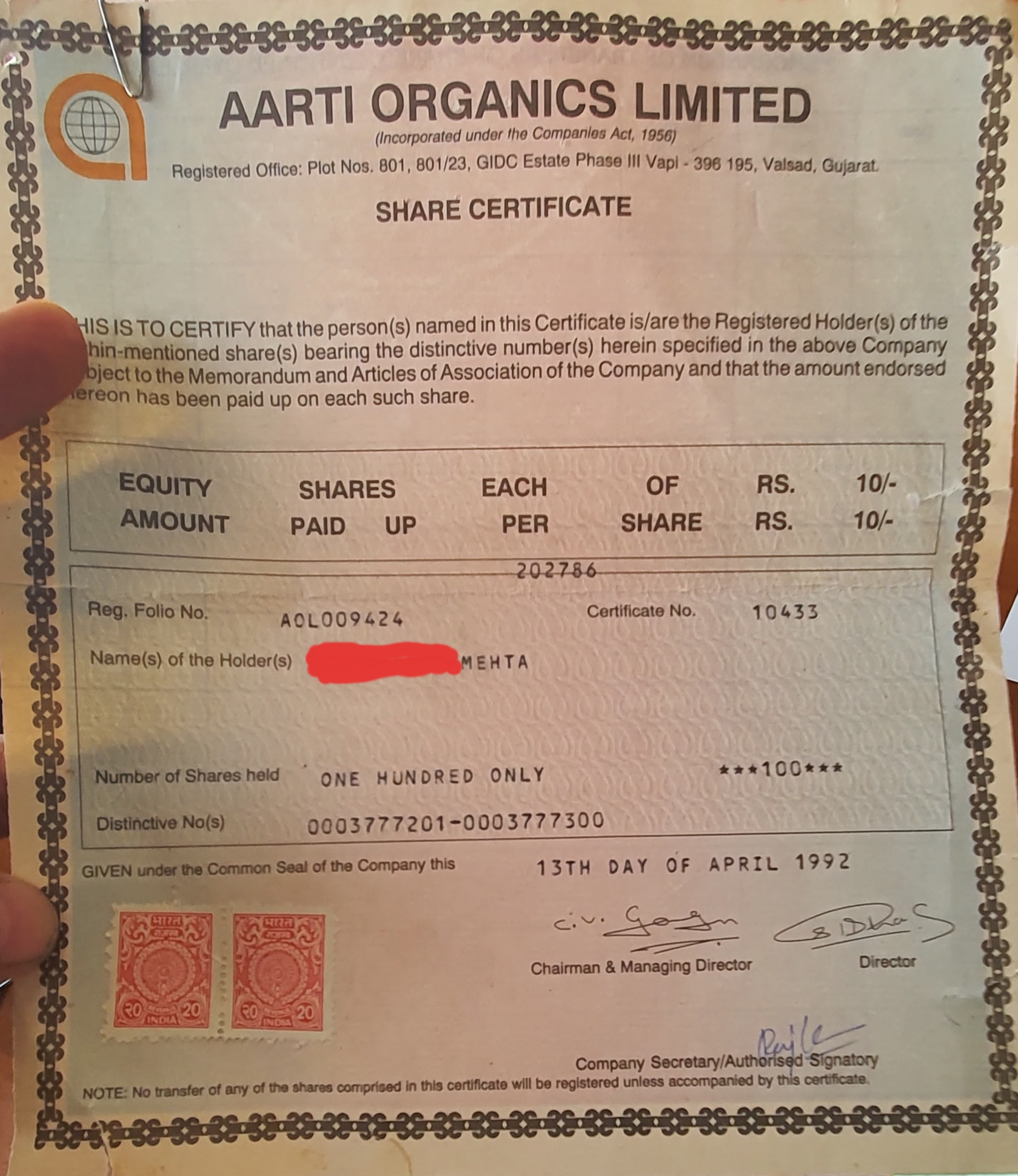 Stories have been one of the most interesting attributes of a human life, we born & die with nothing but stories, being a father of 2 daughters & Entrepreneur storytelling Is the one attribute I have learnt, we all are fantasized by the stories happening around in Investing World, and I have tried to pile the stories which are close to my heart, which are related to Finance, Investing, we all can learn from and make the most of it.

“Charity begins from home” as let me take the 1st story which is the closest to my heart and it’s my Dad’s Story, I always heard stories of people who got Infosys, Reliance, Wipro shares from the cupboard, where the father or forefathers invested and turned overnight Millionaires, I in my wildest dream never expected this to happen with me, my dad has been one of the most conservative investors I have ever witnessed, he doesn’t like to lose a penny and so he had always preferred a BANK FD (that too PSU’s only) over any investments, his simple philosophy is to live a modest life, and have passive income higher than the expenses he needs, he still doesn’t use an AC or a Car.

In 1992 he had to take 1000 Rs. from an acquisitive, but that person gave him 100 Shares of Aarti Organics (now Aarti Industries), which he kept aside, as in the 90’s to track stock price was not easy, he kept for years just as a dead investments where he was getting small dividends and he was all happy about, that was the only Shares he had old over the years, and he never told anyone about, as because he didn’t even expect any returns out of it.

In 2010 when we had some family gathering and my dad asked me whats the price of Aarti Organics? And I was like why? he told the whole story, I saw the price was 20 rs. and I was like its worth 2000 Rs. so we both didn’t take any interest in it and just bypassed the conversation, but in 2016 he called me again to ask that he has not received the dividend for this year, so what he should do, I told one of my team members to check in the case, and we found this:

This are some interesting fact of Aarti Industries (this chart is Split, Bonus, Dividend adjusted Chart):

What’s the moral of the story?

So what’s the status right now?

We have still in physical share, will we exit if the company stops growing? YES, we will, as the focus is not to fall in Love with the Company!

Disclaimer: This blog is only for Knowledge and education purpose, all stories are true and not fictional, should not be taken as a recommendation, please consult your Fund Manager for the same, the author is a Fund Manager of SEBI Registered Portfolio Management Services.